How to become a python full stack developer?

Python is one of the most used programming languages for web development. It is the language which is popularly used for back-end development while it is also used for front-end development. It is a very powerful high-level, object-oriented programming language. Python is an interpreted language and interpreters are available for many operating systems, allowing Python code to run on a wide variety of systems. It is a language which has code which can be packaged into stand-alone executable programs. It is one of the most demanded programming languages with thousands of python developers all over the globe who are uplifting their careers and becoming python full-stack developers.

Python is a very powerful high-level, object-oriented programming language. Python is an interpreted language. Python interpreters are available for many operating systems, allowing Python code to run on a wide variety of systems. Using third-party tools, such as Py2exe or Pyinstaller Python code can be packaged into stand-alone executable programs. Django is an extremely widely used framework, and because it’s open source. Django is a web framework which written in python & follows the MVC architectural pattern. It is maintained by the django software foundation, an independent organization. There are many other frameworks like Pyramid,web2py, Flask etc. which support developers in the design & maintenance of complex applications. Pyjamas & IronPython can be used to develop the client-side of ajax-based applications.

Where everyday students want to uplift their career and learn something more to get some better future aspects. They look for an institute which offers a python full-stack developer course where they can get better career prospects for the future. Ducat is the institute which offers the best python full stack developer training where they offer IT training from 20+ years. Where they have professionally trained and experienced faculty members which offers quality education. The institute offers online and offline classes where students can choose according to their preferences. It is an institute where they offer theoretical and practical training and make the students expertise in the field. It has a placement cell which helps the students to build the resume and help the young talent to get a job at top companies with a good salary package.

What Is Python Full Stack Developer?

Python is a versatile high-level programming language which is used for scientific data and has structured as well as unstructured data. Where a python full stack developer has expertise in using Python language for all the applications. It is a language which permits the computer system which executes software and makes it easy to communicate with each other. Python has the code which easily interacts with the code which is written with many other languages like C, JavaScript and others which provide an entire web stack. A python full stack developer needs to work on the frontend and backend. While in simple words full stack developers help to create a website which has effective look and efficient functionality.

Our Alumni Works At 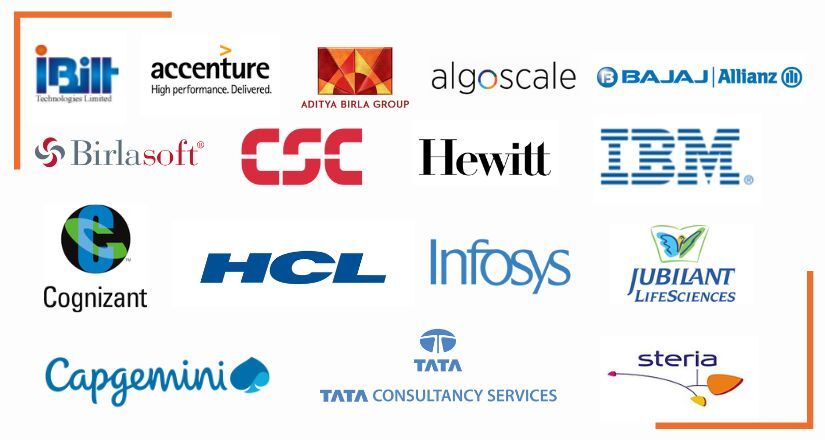 Fast Facts: Python is a great programming language to support you in full-stack development. A full-stack web developer is a person who can develop both client and server software. In addition to mastering HTML and CSS, he/she also knows how to: Program a browser (like using JavaScript, jQuery, Angular, or Vue) and Program a server (like using PHP, ASP, Python, or Node).

What You Will Need To Learn To Become A Python Full Stack Developer?

Start Learning Front End Web Development: You can start by learning Python and back-end stuff where you have the reverse way as well. If you are a beginner in web development, it is better to start by learning with front-end technology. HTML is a markup language which helps to create the basic part of a website like a header, image, paragraph and others.

Learn A Web Development Framework (Django or Flask): It is time to learn back end development framework. It is a language which has two frameworks and is available on web development Django and Flask. Django is difficult to learn where they have a rocket science and you need to become a master if you are spending enough time working on these tools. Django has a model view template which has unique features. It is difficult to start and it is simple to become a master of it.

Plan Your Progress With Small Achievable Goals: While learning the python full stack course you need to plan the things accordingly where you need to progress on small goals where it involves various languages, frameworks, and techniques. Where you have various concepts to learn and help the structure of a plan which decomposes on the goal and needs to meet the goals with realistic deadlines. It is necessary for you to make the achievable goal and meet the targets.

Build A Web Development Portfolio: For each web developer and engineer as front end, back end, or haystack needs an online portfolio which showcases their work. It helps to update the strongest project where you start applying. It is necessary to learn with front-end development and back-end development where you can add projects and portfolios based on the work and need to build a portfolio entitled about your learning. Where clients know about you when they can easily run the codes and count.

What Are The Career Opportunities for Python Full Stack Developers?

1: Which institute is best for a python full stack developer?

Ans: Ducat is one of the best institutes for learning python full stack developers.

2: How long does it take to become a python, full stack developer?

3: Is a python full stack developer a good career?

Ans: Yes, python full stack developer is one of the best career choice and get many career opportunities with good salary.

4: What is the average salary of a full-stack developer in India?

Ans: The average salary of a full stack developer is 4-5 LPA.

5: Is python a full stack developer in demand?

Ans: Yes, it is one of the trendiest profiles which is high in demand in 2022.

7: How can I become a full-stack developer in 3 months?

Ans: To become a professional full stack developer enrol yourself at Ducat and become an expert.

8: Can anyone be a full-stack developer?

Ans: To become a full stack developer you need to have knowledge of computer science and basic knowledge of the programming language.

9: Do we offer certificates after completion of the course?

Ans: Yes, we offer certificates after completion of the course.

10: How does your placement team help the students to get the job?

Ans: We have experts in our team who help the students to build teh resume and organise campus drive for the young talents to get the job.

Getting Started with Django

2: What is negative index in Python?

3: What is the difference between Django and Flask?

Ans: Django can also used for larger applications. It includes an ORM. Flask is a "microframework" primarily build for a small application with simpler requirements. In flask, you have to use external libraries. Flask is ready to use.

4: What is docstring in Python?

Ans: Python documentation string is known as docstring, it is a way of documenting Python functions, modules and classes.

Ans: The process of improving the performance of the CPU is known as Multi-Threading. Usually, it is seen as the ability of a program to be managed by multiple users at a single time. It is done by the execution of multiple processes that are supported by the operating system.

Ans: The term REST represents Representational State Transfer. It is a compositional style that is utilized to make Web Services. It utilizes HTTP solicitations to access and utilize the information. We can make, update, read, and erase information.

7: How do you keep yourself updated about the new trends in the industry?

8: What should a full-stack developer know?

Ans: A full-stack developer should present with the accompanying:

9: How is multithreading used?

Ans: The main purpose of multithreading is to provide multiple threads of execution concurrently for maximum utilization of the CPU. It allows multiple threads to exist within the context of a process such that they execute individually but share their process resources.

Ans: Pass means, no-operation Python statement, or in other words, it is a placeholder in a compound statement, where there should be a blank left and nothing has to be written there.

Ducat provides the best available programs which helps in enhancing the technical skills which seems to be beneficial for all the applicants.